Posted on November 22, 2016 by ashridgevolunteersblog 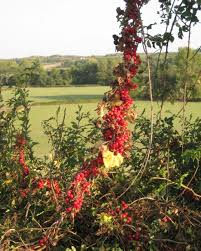 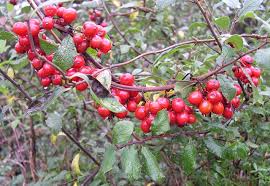 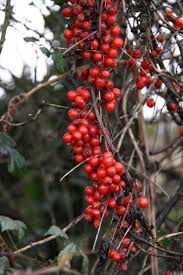 She is a scrambling climber of the hedgerows. Overlooked throughout the year but obvious in Autumn and Winter as a swag of scarlet berries entwined amongst the bare branches of hawthorn or blackthorn. The plant has an important role in homeopathy well known for relieving pain associated with arthritis, and grows from a large underground tuber. There are two species of bryony – a black and a white one. The black one has black berries with the white one producing the vivid red berries in Autumn. Appearing in dense scrub where it can find support for it’s vines, the red berries spell danger, for it is highly poisonous. The large root rather like a parsnip is particularly toxic, and despite it’s bitter taste it is sometimes eaten by cattle with fatal consequences.

1 Response to Bryony is toxic.