Posted on April 24, 2018 by ashridgevolunteersblog 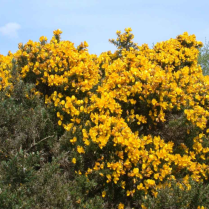 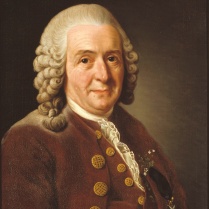 In 1736, when Carl Linnaeus the Swedish botanist visited England, he came to Ashridge and when seeing the gorse in full bloom on Berkhamsted common knelt down and praised God for showing him so glorious a sight. Carl Linnaeus is famous for his work in Taxonomy, the science of identifying, naming and classifying organisms including plants, animals, bacteria, and fungi.
Some two hundred years later Barclay Wills, author, poet and field naturalist wrote with empathy, passion and vision about downland and the ubiquitous gorse.

Can you describe the gorse in spring?
It does not seem an easy thing
To do, but many of us try
To sing it’s praise anew; and why
We do so every one can guess-
‘Tis to record it’s loveliness.

I stand by hillside long and steep
Where, from the brow to valley deep,
The flower-decked gorse grows thick and tall-
An armoured refuge safe for all
The creatures of the wild that hide
Upon the long and steep hillside.

The clouds may frown, but wait until
The smiling sunbeams cross Norcott Hill!
They touch the flowers as they draw near,
And splashes, streaks, and dots appear
Like glowing, molten gold, flung hot,
From some gigantic melting-pot!

So lavishly the gold is spread
That some has left it’s prickly bed
And spilled below in golden showers
Upon the thinly curtained bowers,
Like tiny yellow lanterns lit
Outside the caves where rabbits sit!

Now, pondering by this common old
I wonder at such wealth of gold,
For decking Northchurch every way
Are other acres just as gay!
Oh, plant of such appealing power,
I christen you “The Ramblers’ Flower”!