Posted on April 8, 2020 by ashridgevolunteersblog 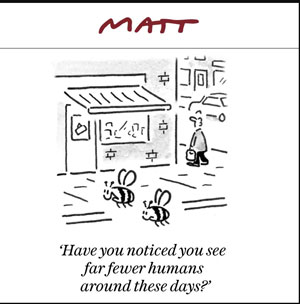 The phrase was first coined by Rachel Carson in 1962 in her book of the same name, exposing the decline in songbirds through the indiscriminate use of chemicals in the countryside.
Today the shutdown of modern life as we know it is liberating British wildlife to enjoy newly depopulated landscapes, at the same time as we appreciate the gathering quietude.
When we move out, obviously nature moves in – when dog faeces and scent markings are gone, then the fox, stoat and weasel appear, and ground nesting birds prosper. Moles have been appearing above ground in increasing numbers! Northchurch Common could see record numbers of skylark and pipit this year. Maybe the arrival of the grey partridge or pheasant from nearby Hill Farm as they extend their good work on biodiversity.


When did you last see a pheasant at Ashridge?

Down Farm can boast a resident covey of grey partridge which should thrive without human disturbance and the regular larks, pipits, buntings and yellow hammers on Pitstone Hill will be in their element. Quail have been about for the last two years and they could be joined by such rarities as the wheatear or even the stone curlew. In the 18th century wheatear were so numerous on the Downs that they were trapped and sold as a delicacy to travellers at the coaching inns in Dunstable. The deer will roam abroad.
One of the positive things that could come out of our confinement is the realisation that machinery noise damages us and damages our minds. Without traffic and aeroplane noise – no holiday flights on the Luton flight path and road travel falling to levels last seen in the fifties – we hear the birds more clearly along with the wind.
Will we get to hear the throb of life itself in the dawn chorus? – not this year.
Will we get to see the bluebells in Dockey Wood or the wild daffodils at Webb’s Copse. Sadly no.